Ottawa’s great Mayfair Theatre is celebrating it’s 80th birthday!!
…and now that distributors aren’t shipping film prints anymore, the Mayfair needs to score a $55K digital projector!! so as part of their fundraising initiatives, i’ve contributed two signed books to be auctioned off.
both the kid’s “Bagel’s Lucky Hat”, and the grown-up “Bent” have fold-out sketch/signature pages taped right in!
if you want to bid on the books come to their super-fun “Indiana Jones and the Projector Quest” events, they’re on June 23rd at 1:00pm, and June 26th at 6:30pm. Admission $15 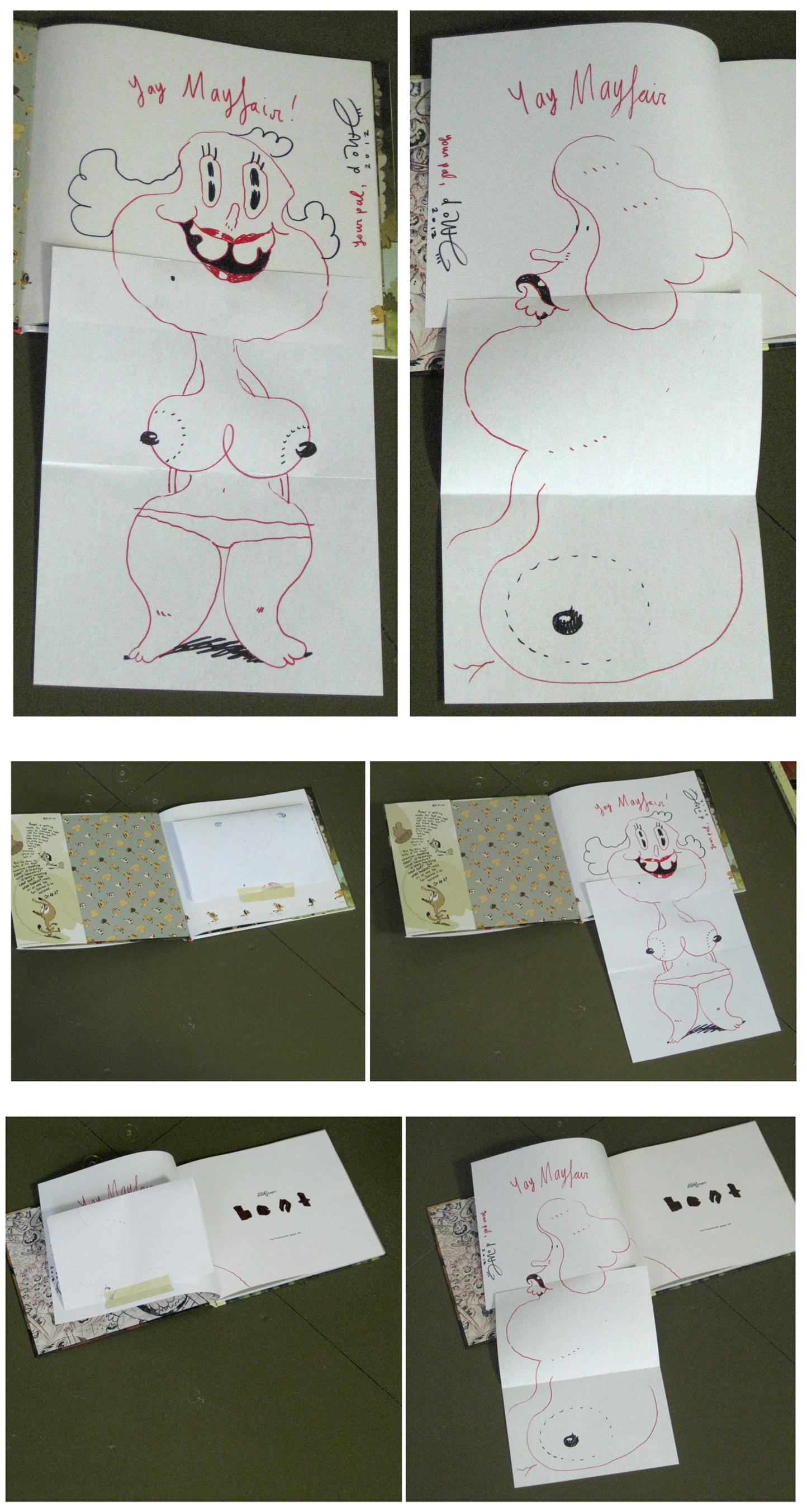